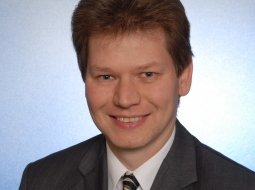 My first encounter with semantic technologies was in spring 1988, when I wrote my first Prolog code about animals in a zoo. Since that time, it has never left me, but within the last couple of years, when progress in semantic technologies has reached a level, where they can be applied in real industrial environments, they are my major focus on different levels – strategy, research, collaboration, industry and dissemination. Chairing this year’s Industry and Use Case track of SEMANTiCS 2015 is a logical next step for me. Technologies and a number of communities are there, but now we need to work on the uptake and proliferation by industry in order to make this finally a sustainable success.

2 - #Semanticsconf: What do you consider the most promising project with respect to Semantic Technologies and Industry?

I think that LOD2 was definitely a major step forward, which really had a huge impact and was also a lot of fun for people directly involved. I am currently working on another aspect, which is similar important at least for the information industry. We have to cope with the problem that there is no easy way yet to align content development lifecycles and software development lifecycles, which currently makes the creation and maintenance of data-intensive systems quite cumbersome. Within the H2020 project ALIGNED, we want to address this obstacle. So for me, ALIGNED is currently a very important project in this area.

3 - #Semanticsconf: Did you experience a remarkable moment with semantic technologies/artificial intelligence?

In 2012, I was attending ISWC in Boston. There I saw Tim Berners-Lee for the first time. The “Big Graph Data Panel” took place and the room was packed with people. They were using their mobile phones and took photos of him being on stage. And what did he do? He simply took photos from them as well, each time he saw one appear above their heads. That was fun – mutually. The panel itself was very interesting and I was equally impressed by statements from e.g. Frank van Harmelen. But my main take away definitely was that as usual - it is all about communities and people. And these are people I like!

Thank you for sharing your story!

Did you get inspired to learn something new? Take a look at the SEMANTiCS 2015 program and register for the conference.

This was SEMANTICS 2015
ELDC Award: Europe's Crème de la Crème of Linked Data and Semantic Web - 1st European Linked Data Award given
3 plus 1 Feature: Christian Dirschl
Vienna supports businesses
Getting to grips with semantics in enterprise search
MarkLogic and the power of triple stores
How EBCONT uses semantics to improve business workflows
Do not miss!! Utilizing linked geospatial data for your enterprise